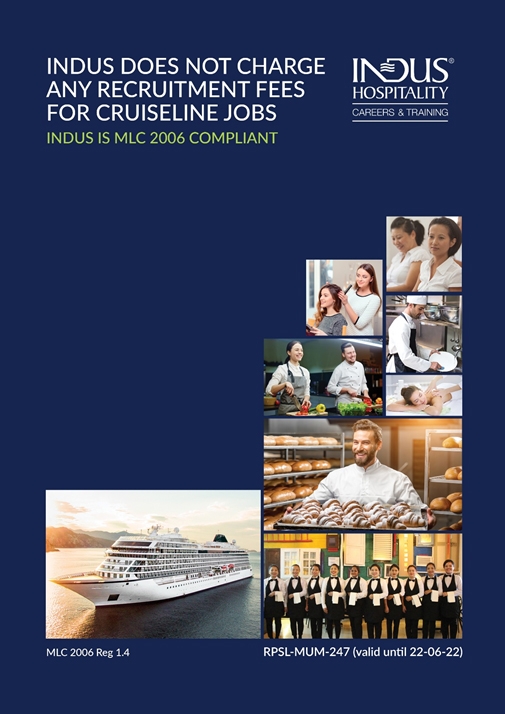 The Convention entered into force on 20 August 2013, and has been so far ratified by 50 countries representing 75% of global shipping.

Indus is complied with procedures prescribed under Merchant Shipping (Recruitment and Placement of Seafarers) Rules, 2016, and Regulation 1.4 of the MLC 2006, as amended.